France slims down from 22 to 13 regions 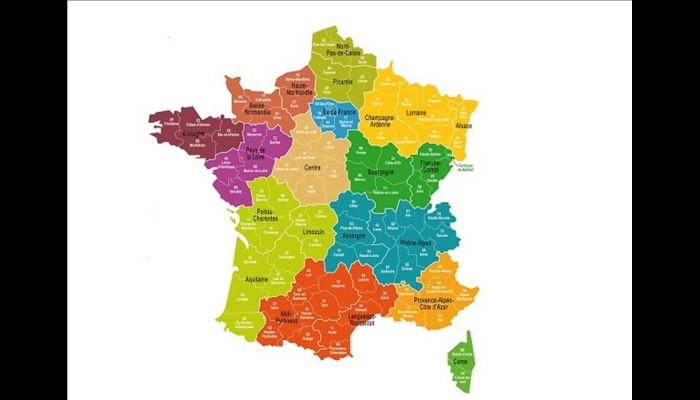 After heated debate, the French
Parliament has at last decided on a new administrative map for the country,
reducing from 22 to 13 the number of regional councils.

France has been struggling for many years to address the need
to streamline its unwieldy, three-tiered system of local government, comprising
regions, departments and municipalities
(communes).


The system costs around of €250 billion annually, and the
overlapping of responsibilities and powers of the various authorities results
in no-one really understanding who is responsible for what, and often ”the buck
gets passed on”!


To complicate matters the many
vested interests prevent a clean sweep from being made, so change has to be
achieved by subterfuge and in incremental steps - sometimes with unwanted
consequences.

France accounts for about 40% of
all the municipalities in Europe,
and 90% them have fewer than 2,000 inhabitants, causing a huge duplication of
resources that is unparalleled in other developed countries.

There have been some attempts
recently at rationalisation of the municipal structures, with the creation of
new 'super-municipalities’ - ”communautés
de communes” - but often the
former municipalities also remain in place!


Consequently, in many parts of
France there are now four layers of local government, especially in rural
areas.

The departments have resisted abolition, despite their extinction by
2017 - a clearly stated objective of Prime Minister Manual Valls when he was
appointed to the position last March by President Hollande.

Currently in the line of fire are
the regions, where there seems to be
a broad consensus that the existing regional councils are neither sufficiently
large nor powerful enough to drive economic growth.

The government has met strong
resistance to each of its proposals, but finally the members of parliament
agreed to a rationalisation of the existing structure, reducing from 22 to 13
the number of regions.


New regions will be created from
the merger of existing regions, as follows:

Brittany, Pays de la Loire,
Provence-Alpes-Côte d’Azur, Corsica, and Ile-de-France will remain as they are
for the time being, although it can be anticipated that a merger between
Brittany and the Pays de la Loire is likely in the future. Only political
cronyism kept them from being joined this time.

Names for the new regions have not
yet been decided; until at least 2016 the existing names will simply be used
together to designate the new entities. The only exception will be Lower and
Upper Normandy, which will simply  become
Normandy.


The battle is now on to determine
the capital for each of the new regions. Only one is presently a clear winner -
Strasbourg will be the centre for Alsace, Champagne-Ardenne and Lorraine. Lyon
will probably be the capital of Auvergne and Rhône-Alpes, and Toulouse the
capital of Languedoc-Roussillon and Midi-Pyrénées, with Bordeaux an obvious
front-runner for Aquitaine, Limousin and Poitou-Charentes.


The choices for the other regions
appear to be harder: Both Caen and Rouen have strong claims to become the
capital of Normandy, and Dijon and Besançon are disputing the seat of Burgundy
and Franche-Comté.

Still undetermined is the
division of responsibilities and power between the regions and departments, a
topic that is being argued over. The departments resist the transfer of
secondary education and highways to the regions, and demand a continuing
residual responsibility regarding economic development.


Despite the administrative
reorganisation, a critical objective has not been achieved in that the
political structure remains the same, with the same number of regional
councillors, It is furthermore unclear where these regional councillors will
meet, or whether new regional seats of government will need to be constructed, putting
a further drag on the budgets for the foreseeable future.


Several parliamentarians (mainly from
Alsace), have referred the law to France’s Constitutional Council, charging that
the changes have been made without due consultation with the local councils.
However, it is not anticipated that the recent hard-won decisions will be reversed
any time soon ...

See all the articles

To buy or sell, we support you, and are at your disposal to arrange an appointment

Agence Générale de Sablé's presentation, at your service since 1926,member of the real estate expert's house of France FNAIM

Find the list of properties that you have selected and access quickly to their detailed sheets, more convenient for you !